He has been married to his wife, Kim, for 23years. They live in Alma, with their two cockatiels, George and Zu Zu. His passions outside of work are baseball, hockey, and travel. He also enjoys playing and collecting board games.

This is Mr. Buzard’s seventh year at Renaissance Academy. Since starting at Renaissance, he has worked in Technology, 6th Grade, and middle school.  He is a graduate of Central Michigan University, where he worked with the CMU Men’s Basketball team and graduated with degrees in Social Studies, and Science.

Mr. Buzard married his wife, Amanda, in July of 2013. The two of them have built a house in Mount Pleasant, where they live with their daughter Harper, son Mason, and their black lab, Bailey. Having grown up just outside of Chicago, he roots for the White Sox, Bears, Bulls, and the Blackhawks. Outside of teaching, Mr. Buzard’s passions are sports, fishing, gardening, and all things Central Michigan! 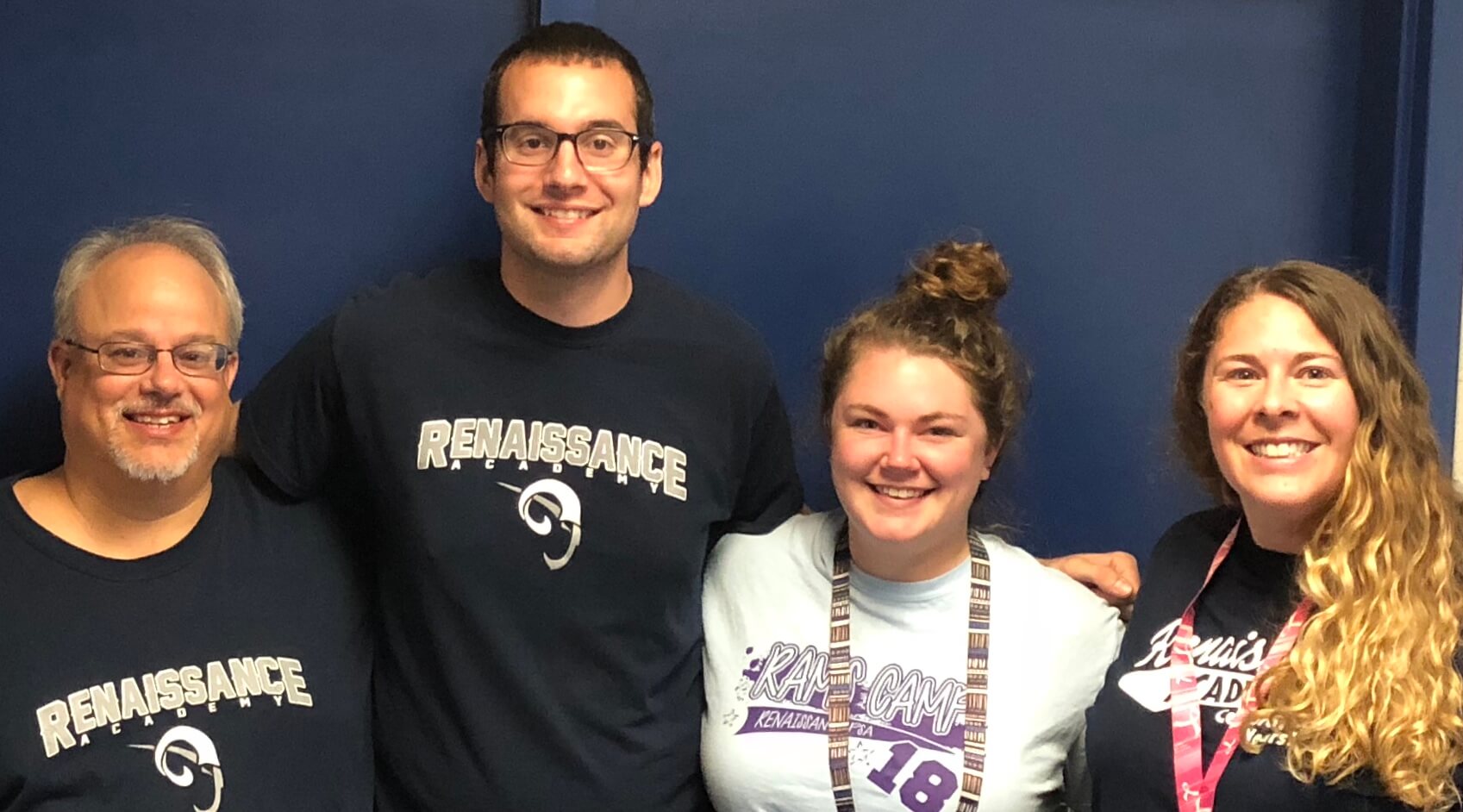 Over several weeks, the middle school students worked through their Genetics Unit. They learned about DNA, […]

Our middle school team finished off their genetics unit with a trip to Riverwood. Students were […]

https://drive.google.com/open?id=1YG9lbVNzCrBSavvKWckE4M1j70etvHO4 On April 12th, 8th graders from Renaissance participated in the March to College program put […]

Our middle school students spent several weeks learning about human body systems.  In addition to the […]

The Middle School Team took a field trip to Morey Courts during our first week back.