Twenty-eight fifth through eighth grade students have embarked on a journey, along with Mr. Buzard and Mr. McCausey, that has taken them to the stars! Well, maybe not quite to the stars- but it has taken them high in the sky, towering over Renaissance Academy! These twenty-eight students are members of the Rocket Club on Wednesdays and have been working on assembling and launching rockets of various styles and difficulty levels.

After building 60+ pre-designed rockets as a class, our students have begun taking broken rockets, boosters, spare parts, and their imagination to create new rockets. In addition, a few students have helped to create a rocket out of nothing but used paper towel rolls, used toilet paper rolls, tape, and cardboard. It has been a lot of fun watching the students engineer their rockets and then send them to the sky!

Click here to view a highlight video of some of our launches. 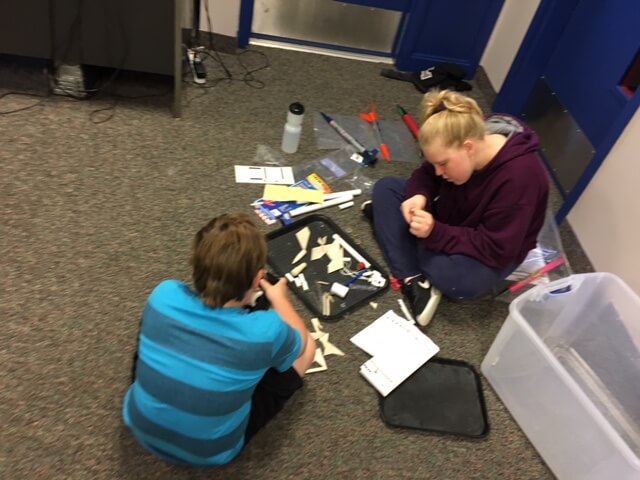 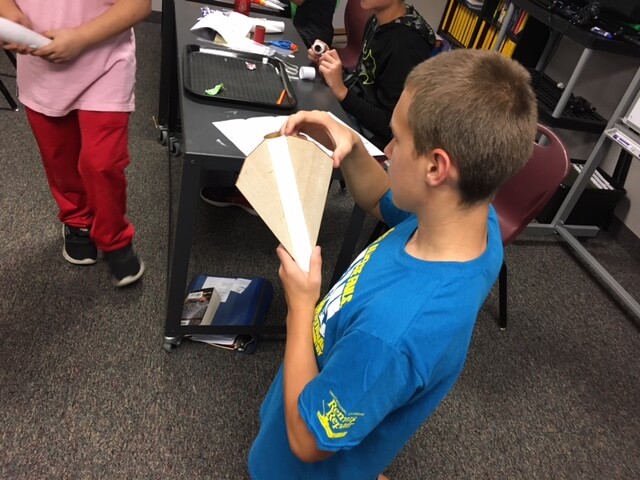 Nick building the fins on his rocket. 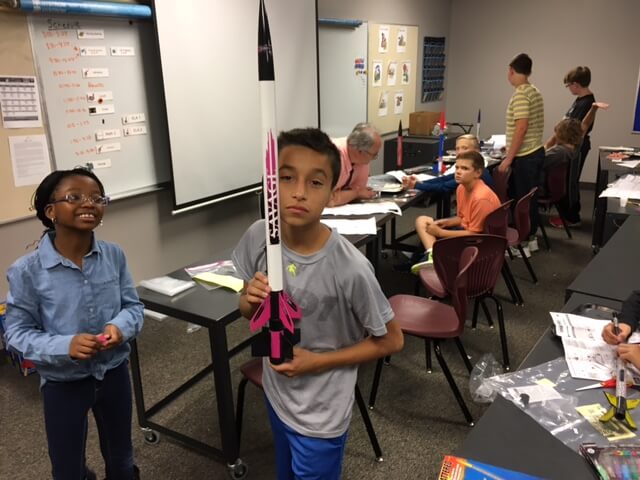 Eddie with his rocket! 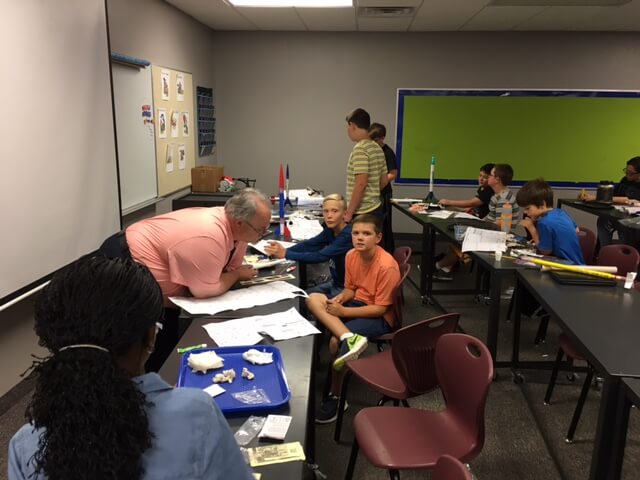 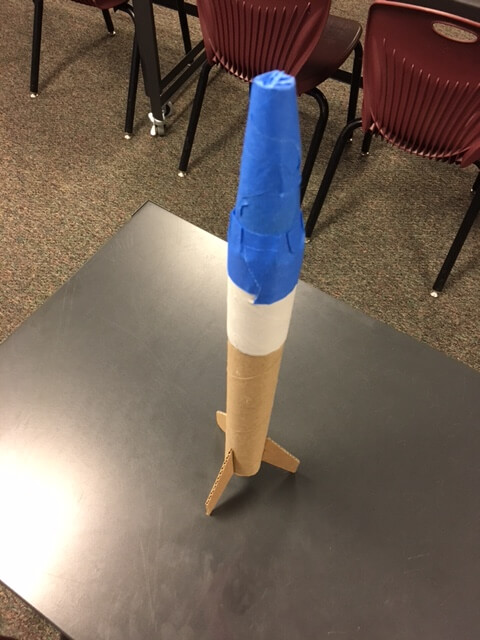 Our homemade rocket, built from cardboard.